Skip to content
Find out why you should CHOOSE SCHULER today!

Why is my sump pump making weird noises?

Why is my sump pump making weird noises? 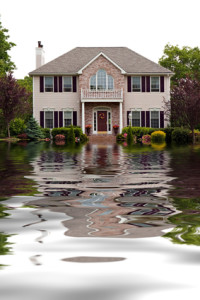 Most home owners realize pretty quickly that fixing a problem early on is always the best strategy. A small problem can escalate into a huge one with alarming speed when not attended to in time. However, it’s often difficult to know who to call. One might know that a defective sump pump is a big problem. But at the same time, one might not know what to look for in order to realize it’s damaged in the first place. So, what are some signs that it’s time to call a plumber in to look at one’s sump pump?

One of the first warning signs of a defective sump pump is smell. A bad smell can come from a sump pump for two different reasons. The first is mold and fungus from a leak in the pump. Even a small amount of moisture can cause quite pungent fungal growth in the area. Secondly, the smell can come from the actual liquid leaking from the pump itself. A sump pump operates by separating things into multiple layers. And each type of possible seepage is pungent in it’s own unique way. But whether large or small, and no matter which specific type of leak, any fluid leaking out of the pump is a sign that it needs attending to by a plumber.

A more subtle warning sign can simply be noise. Often times a malfunction in a pump can best be noticed simply from hearing the motor dying. This can come in a couple different forms as well. It might be a fairly quiet noise, and this can obviously be a lot harder to catch. However, often times the pump will become far more noisy as the motors strain against things. While annoying, this is actually a great help in terms of noticing the problem in the first place. Again, this warning is the perfect chance to call someone in to check it out.

Lastly, the most obvious issue comes down to flooding. A broken pump can rapidly end up with one’s basement totally flooded. However, this isn’t an absolute all or nothing scenario. At an extreme, it’s one of the worst things that can happen with a sump pump accident. at the same time, in a more mild form it’s a warning of what might have happened if one didn’t call in a plumber to look at it. With flooding, attention to detail is a must. If one notices even the thinnest layer of water it’s imperative to get the pump fixed as soon as possible to avoid a worse flood later down the line.

Is the sump pump in your Allentown home acting up? Call Schuler Service at (610)-434-7103 and schedule a service call today!