Step Back in the Past!

The History of the Toilet 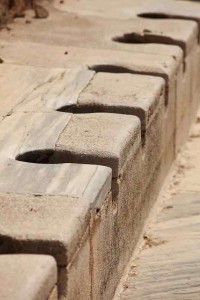 The toilet is an essential part of the modern world. From homes and businesses to malls and movie theaters, every building needs a toilet.

While most people can’t imagine their lives without the convenience of a toilet, modern toilets have only existed since the mid-1850s. In this article, we’ll look at the history of the toilet, ranging from ancient waste management systems to modern flush toilets.

The earliest toilets that used water date back to the Indus Valley Civilization of India and Pakistan in the third millennium BC. These toilets were most notably used by the wealthy in cities such as Harappa and Mohenjo-Darro, where good sewage systems facilitated the use of these primitive devices.

Later on, the Romans also utilized a primitive toilet system, which fell into disrepair with the collapse of their civilization in 476 AD.

Increasing use of Toilets in the 19th Century

Another major factor that led to the adoption of the flush toilet was the spread of urbanization due to the Industrial Revolution. The rise of industrial centers, such as London, led to a need for a sanitary method of human waste disposal.

As such, toilets became more and more common in Europe during the 1850s, at first in England and then throughout the Continent. The toilet would not be introduced to the United States until 1880, where it was mostly found in upscale hotels and the homes of the wealthy.

Among the individuals responsible for the success of the toilet in the 19th Century was Thomas Crapper. While Crapper did not invent the toilet, he was responsible for popularizing a new type of siphon discharge system, which prevented leaks. 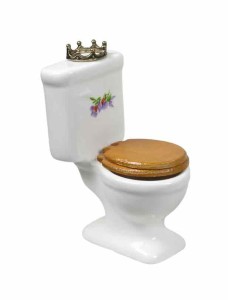 During the late 1980s and early 1990s, state and federal governments began mandating the use of low-flush toilets as a means of water conservation.

The toilet is a great and necessary invention. In addition to giving people convenience and peace of mind, toilets ensure a healthy and sanitary lifestyle for all people.

If you live in the Easton area, and are having toilet troubles, Call Schuler Service at (610) 434-7103 and find out how you can get your toilet back!