Know the Ins and Outs of Today’s Plumbing Myths

When it comes to plumbing in your Easton home, there are many different opinions. Because of this, a number of myths have arisen that supposedly work fine on pipes, drains, disposals, and more. However, a closer examination indicates that while they may be popular, they don’t work as advertised. 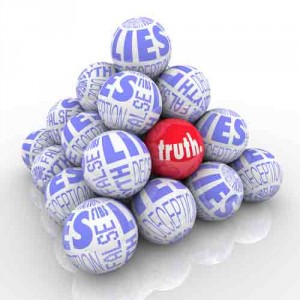 In fact, many times people who go by these myths often wind up with major plumbing repairs needing to be made.

To see if you and your Easton home are falling victim to some of these urban legends, here are some of the most widely-held myths regarding today’s plumbing.

For people who own garbage disposals, using lemon rinds to clean the disposal is very common. However, they’d be better off taking those lemons and making lemonade instead.

Running Water Does Not Solve Problems

If running water down a drain or disposal solved all plumbing problems, life would indeed be very easy. However, since it sounds too good to be true, it unfortunately is just that.

Running water down a disposal will not help the blades grind up trash any quicker, especially if it is such items as eggshells, banana peels, corn husks, or even metal cans.

Likewise, water going down a drain does not mean a clog is not forming. If grease or cooking oil are being poured down the drain, plumbers everywhere guarantee a clog is forming or has already formed.

Who Said Plumbing is Maintenance-Free?

How this myth got started is anyone’s guess, but it’s a fact that many people believe their pipes, drains, disposals, and toilets need no regular maintenance. However, by checking regularly for leaks, cracks, rust, or other signs of trouble, a plumber can be called to fix a problem while it is still a small one.

But by looking the other way and assuming all is well, it’s a good bet that sooner or later a major plumbing repair will be on the horizon. And while looking at fixtures, don’t clean them with hand soap, since it dulls the finish and can actually eat into it as well over time.

Don’t make uneducated assumptions about your Easton, PA home plumbing system. Call Schuler Service at (610) 991-7098 for the quality you deserve.